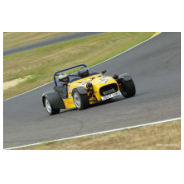 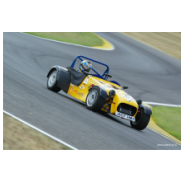 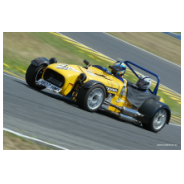 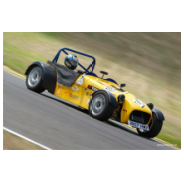 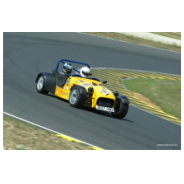 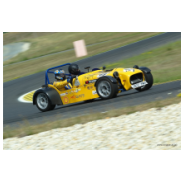 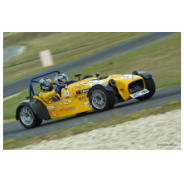 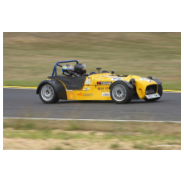 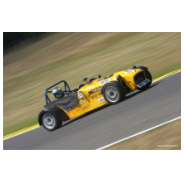 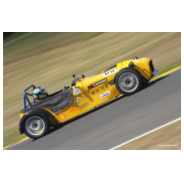 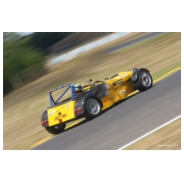 to see how famous this car is, do a google search for tiger z100. more infos: the “new” engines (very low mileage second-hand) were put on may 2005 and all they have done is two runs to lemans. when they went in they both had new clutches, but the old ones still had the horning marks on the steels would be okay for spares. the only reason the engines were changed was because the rear engine gearbox output shaft had slight worn splines, the actual gearboxes and engines were fine, these are both still up at tiger´s workshop.

front brakes are 4-pot outlaw callipers, running 280 mm disks. front upper wishbones are rose jointed to allow a bit more caster and camber from standard. front tyres are colway 205-50-15 intermediates, which are fun in the wet.rear brakes are ford sierra disks. diff casing is ford, but with quaife lsd internals. rear suspension is standard tiger dedion, although there is a little more bracing around the diff. rear tyres are a couple of new toyo 888´s in 225-50-15.simon ranson put a new prop shaft on in 2005. And replaced all the driveshaft cv gaiters.

transfer box is the most “precious” part of the car, and it does get hot (as they all do, either on the road or sprinting).just before simon went down to lemans he put two new needle bearings in for the reverse idler shaft. in 2004 the box went up to gb engineering (up near chester) for a service. he replaced the 3 oil seals then. (he was just about to start a new production run for tiger, so wanted to do a check on the box to make sure he didn´t need to make any mods for the new batch). a couple of years ago simon put a weldon oil pump (http://www.thinkauto.com/oilpumps.htm) on the transfer box and plumbed it in with a oil cooler and filter.

exhausts were hand bent by tony law exhausts. they are chrome-plated mild steel, so unfortunately have a bit of rust on the bottom (where stones have gone through the chrome). however there are no holes, but could do with a re-chrome or camcoating.inside is pretty basic floor mounted pedals, three gearsticks! it´s git a couple of stack tachos, one of which is a tachtimer which can do 0-60, 60-0 ¼ mile times, etc. however this does need a speed sensor to be fitted to the front hub.